Dirr is a mobile app for iOS and Android, which allows you to save your location and orientation (compass, roll, pitch, yaw) locally. You can then share your saved data with others apps or people. This is a basic utility app which helps you collect location and phone orientation efficiently. It also renders a map of your location, so that you can ensure the compass is somewhat accurate. Supports light/dark mode, changing reference frames (ENU, NED), units (degrees, radians) and shortcuts to make things quicker (e.g. double tap the map to save). I spent some evenings and weekends in November 2022 to develop this app, using Flutter. Warning: the app may sometimes crash on launch on Android if you use the Mapbox map provider (Github issue). 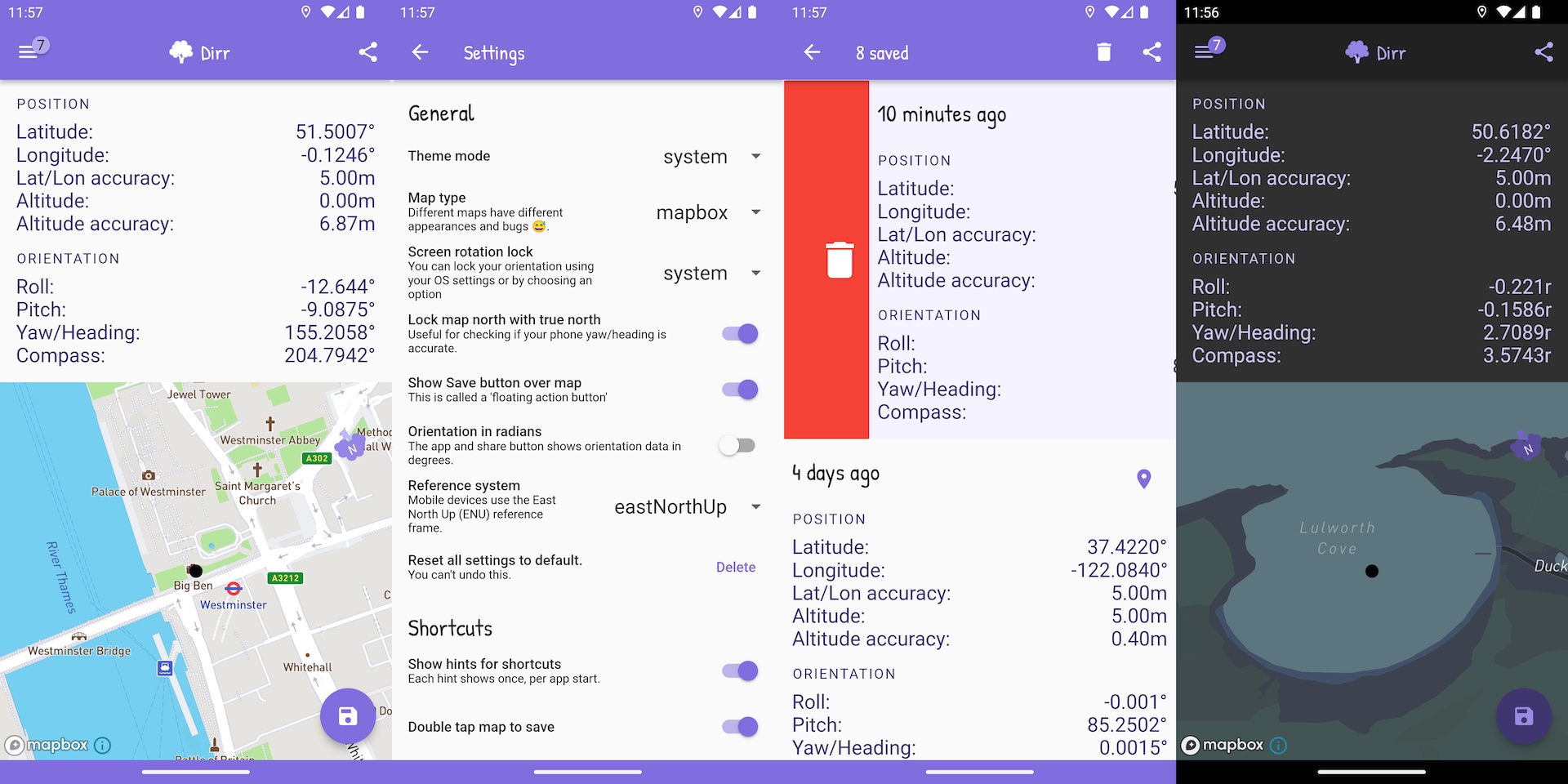 A demo app built for a workshop for adding offline support to Flutter. The app was built in a few days: it lets users upload photos to be annotated, and allows other users to annotate them by drawing bounding boxes. It's on GitHub, and runs on all platforms: Web, Android, iOS, macOS, Windows and Linux. The client app was made in Flutter, and the backend was made using Cloudflare-related tools (Pages, Workers, R2, Hono, and D1, Serverless-database/SQLite-on-the-edge currently in Alpha). Currently, the app costs £0 to keep running. Try it on https://banananator.pages.dev. There are many things I would improve on:

Push is a flutter package designed to handle push notifications - including background notification, alert notifications and notification taps. Users can avoid using Firebase on all platforms except Android - for example, on iOS, they can use APNs directly.

A blog post about this is here. Club2D is an anonymous video calling app inspired by the Memoji feature available on FaceTime, and allows emotions and face gestures to be shared with others without revealing someone's identity, background, disability or ethnicity. You should try building random projects which interest you because it will help you learn a lot faster than reading books or watching tutorials. Before this project, I did not know how to do 3D rendering (three.js), machine learning in the browser (MediaPipe/ TensorFlowJS), static site generation (NextJS), realtime/ event driven behaviour (Ably), nice CSS styling (TailwindCSS), and only knew a bit of ReactJS, CSS, Cloudflare and Firebase. I'm quite proud of what I made, and was delighted to see many my colleagues impressed by it as well. You can try it at Club2D.orth.uk. In doing this, I managed to ask and answer questions on StackOverflow, and am also proud to see my reputation reach 6.1k.

When building an app, it's important you think about the user experience to make sure you build something useful and spend your time wisely. Here are 4 example screens I designed over a few hours using Figma.

Cheffresh is a Flutter app made during the 48 hour Flutter International Hackathon 2020, with 2500+ participants. (GitHub)

First, I started with sketching the UI on paper. Then, when designing the UI digitally in Figma, I kept in mind the tips from the Refactoring UI book. Then I coded it up in VSCode, Dart and Flutter, together with my team. 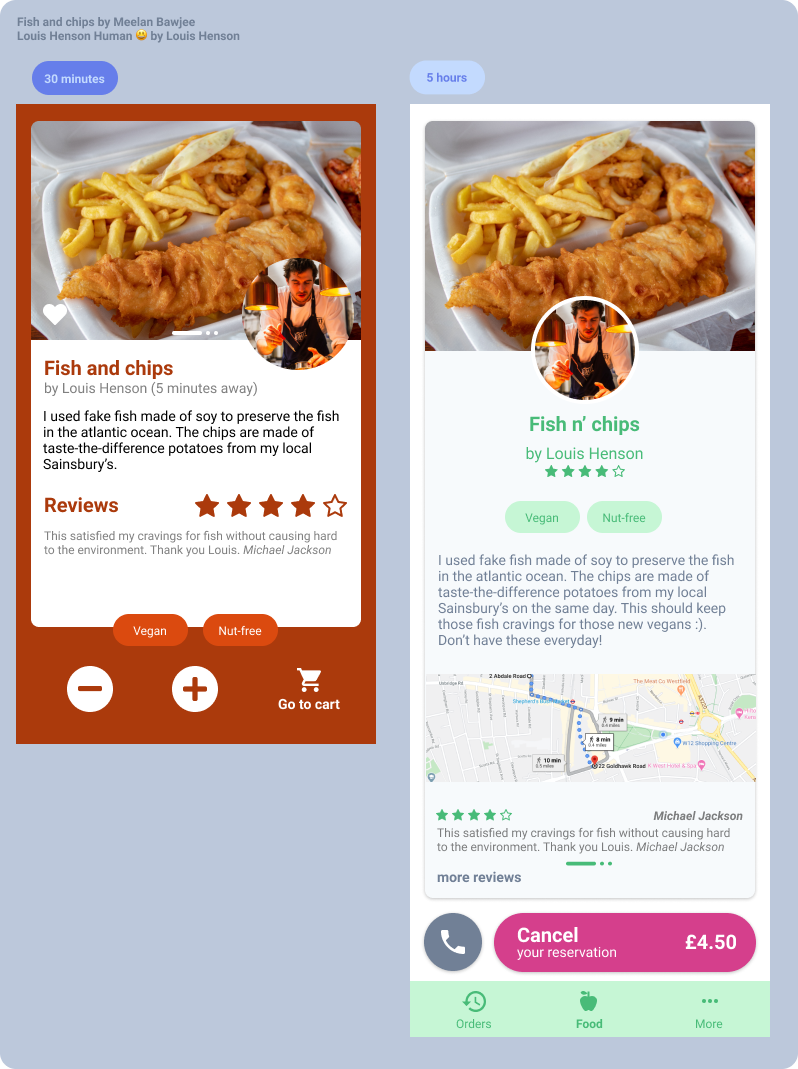 A physiotherapy app which uses 3D pose estimation on both Android and iOS devices. I am still working on this, but the UI I designed using Figma can be found here.

Foodprint is a mobile app that calculates the carbon footprint of food from a picture or receipt.

What I would do different in a future app:​

Reimbursr is a React Native mobile app that allows you to get instantly reimbursed by your company for expenses. You take a picture of your receipt, and the value of the receipt is automatically added to your bank balance using ThoughtMachine's banking APIs and Computer vision. Above a certain dollar/ currency amount, you need approval from a manager to get the refund. We used NodeJS, NestJS, React Native and Python (for computer vision and related logic). The application used secret (NDA) code by Thought Machine that we aren't allowed to share, so unfortunately you can't try this app. ThoughtMachine invited us to demo in front of their whole company (~100 people) and have some food there too. I was also given "the hard thing about hard things" by Ben Horowitz, the exploding kittens game, among other things.

First, I wrote javascript code to programmatically delete hundreds of calendar events I accidentally added to the wrong Calendar. Google ~Calendar doesn't let you undo adding events, or delete many events at once. I wrote a script to search through all events in a calendar and delete them. Then, I met React Native at a meetup in London. Because React Native apps are written in JavaScript, I could re-use the code in a mobile application, and release it to Android Play Store. Voila, my first application.

A weekend of Leon 🍔 Food and WebSockets 🔌. We built a IoT solution which counts the number of food items on the 'hot path', the area between the kitchen and the front of the shop. Food on the hot path needs to be thrown away if not sold within a certain time. I built a webapp, and connected it to a backend to update the UI instantaneously, when food is taken or added to the hot path. I spoke with and presented to the Leon Team, including the Founder. This allows Leon kitchens to be more efficient, cooking more when food is needed, instead of waiting for the frontline staff to verbally communicate with them. Personally, I had too much Leon vegan burgers in one weekend, and started feeling a little sick. They taste good once in a while though 🥄.

This app allows you to get driving navigation reminders to nearby parking lots based on events on your Google Calendar. I worked on the JavaScript code related to Google Maps and Google Calendar API, and worked with 2 experienced engineers who knew Ionic, the cross platform mobile framework.

I was curious what infrastructure as code (IAC) was. So I used Terraform to deploy Cloudflare DNS records (email/ MX, A, etc), EC2 instances for AWS with the correct network configuration. This means I can deploy and destroy the configuration whenever I want, without having to remember or write down the configuration I used before. Highly recommended! I evaluated terraform, AWS and self-hosting as an alternative to managed-hosting (GoDaddy) for a website with 3000+ unique visitors each day. In the end, we stayed with managed-hosting, but moved their website to a different provider, HostGator.

A python application to filter companies with rating > 4★ on Glassdoor. My python app scraped all the companies on the website, browsing through different pages, and making a list/ array of company names. Then, it would query Glassdoor and webscrape that too, showing only the companies that have a rating of more than 4. I write this in 2018, after realising many companies at some careers fair were hiring because they had very high turnover, and a very low glassdoor rating, suggesting their team had left them for better avenues 🤔. Should I be putting this here? 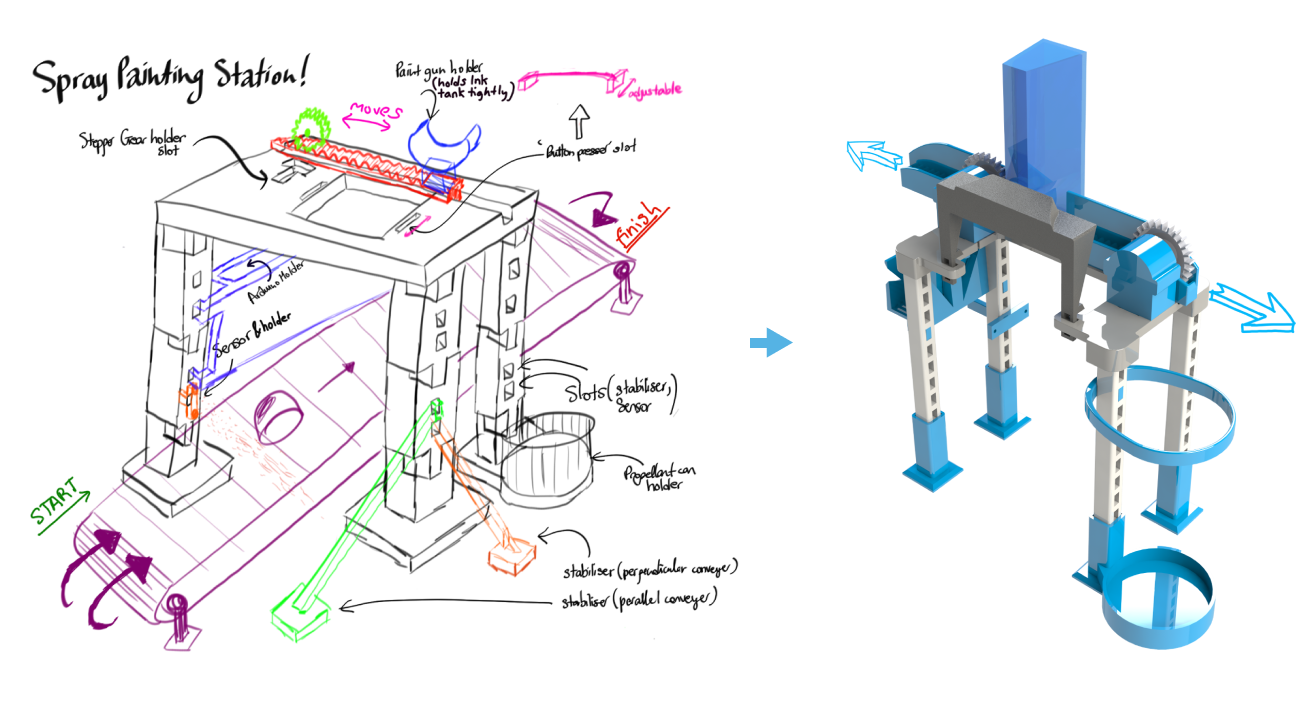 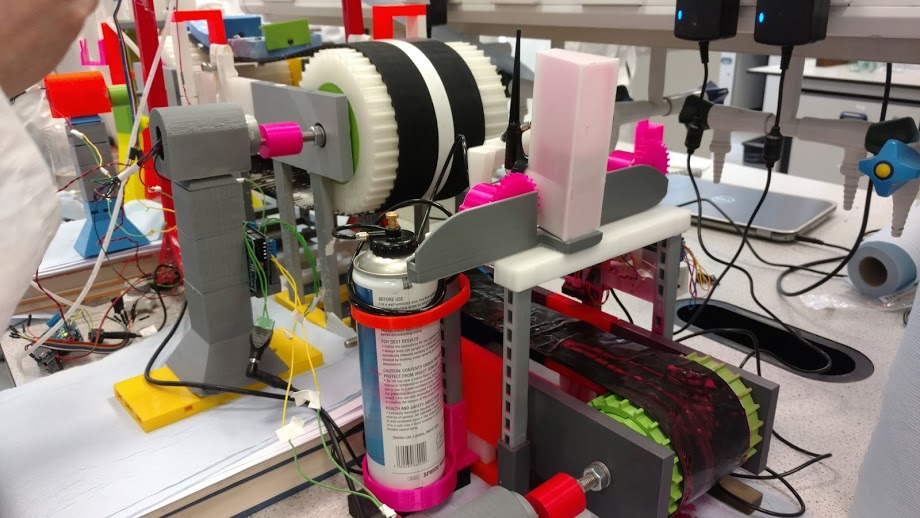 At university, I made posters using Photoshop (and sometimes Illustrator). Here are some: