A case against Symlinks in Xcode

The package no longer appears as a package within Xcode (icon is like a terminal-stamped file), and it's not built anymore. - Raphael Sebbe

I wondered what Joe meant 🤔... 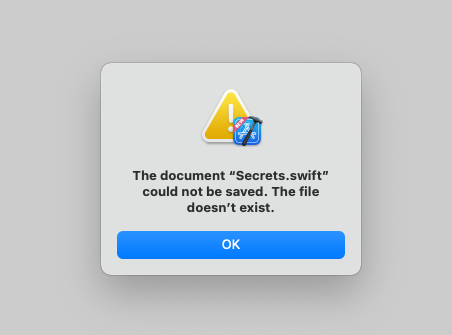 TLDR: Xcode gets very confused by symlinks, and if you're not convinced, I suggest you play around with symlinks in Xcode. For those who understand how to use Xcode with symlinks, its a pain to clean and rebuild (losing incremental builds) and a small bit of mental overhead to ensure you check you're editing a hardlink. For someone joining your project, its a booby trap. May Tim Cook help you 😅.

Why I was considering Symlinks

I wanted to share code/ files between modules (targets) in a Swift Package, a question I posted on the Swift forums, and Swift doesn't compile if it detects 2 files being shared across 2 targets. Fortunately:

Though I was able to use symlinks in Xcode, Xcode did not treat me very well, with the problems I listed in this page. The other alternative is to save the shared file in module, and share that module between the modules that want to use it.

Why you shouldn't use hardlinks

That should be enough. 😅